Home > Blog list > Echinacea in herbal medicine and cosmetics: properties and use

Echinacea in herbal medicine and cosmetics: properties and use

The Echinaceae are multi-year herbaceous plants with winter vegetative rest, which appear from late spring to autumn and bloom between June and August, the flowers dry in autumn, and are native to North America. In herbal medicine the Echinacea parts used are: root (E. Pallida, E. Angustifolia, E. Purpurea), aerial flowering parts (E. purpurea).

The preparations based on Echinacea have immunobiological properties characterized by increased organic defenses through non-specific stimulation of the immune system. In particular, it is considered a prophylactic against viral infections because it increases the body's resistance during acute and chronic infections as it stimulates the endogenous production of interferon. This immunostimulant activity arises from the synergy of its phytocomplex, and therefore from the combined action of several active ingredients. Pharmacological research has confirmed that plants of the genus Echinacea have the ability to stimulate the activity of the immune system, enhancing the functions of natural killer cells and the antibody-dependent cytotoxicity of peripheral blood mononuclear cells.

Echinacea for these immunostimulant properties:

- it is usually used in the prophylaxis of colds and fever;

- it has also proved effective in treating allergies, wounds that are difficult to heal, eczema, burns, psoriasis, herpes simplex and as a preventative for infections;

- it is also active in the treatment of Candida albicans infections, chronic respiratory infections, prostatitis and polyarthritis;

- has been shown to enhance the effects of antifungal drugs and to counteract the immunosuppression caused by antibiotic therapies;

- it is also indicated as an adjuvant in chronic urinary infections.

To increase the organic defenses - Chiereghin writes in his Phytotherapy book - small doses (10-20-50 drops) of Echinacea Mother Tincture are already sufficient every 2 hours in the first and second day of illness, and then 3 times a day at least for 10 days.

Interesting is also the use, by virtue of the anti-inflammatory properties, as an adjunct in the treatment of prostatitis and urethritis and also the polyarthritic forms are positively affected by the therapy with alcohol extracts of Echinacea" .

These indications are recognized by the German Commission, the WHO, the ESCOP (European Scientific Cooperative on Phytoterapie, by the United States Pharmacopoeia. In particular:

Echinacea preparations can be used both in a preventive way and in the current illness, and in this case they must be taken at the very first symptoms. In fact, its use is indicated in the prophylaxis and in the adjuvant treatment of recurrent respiratory infections as the plant is able to strengthen the body's defenses against colds, flu syndromes, and diseases that affect upper respiratory tract.

A meta-analysis published in 2007 confirmed the preventive effect and the effect on reducing the duration of the illness and the intensity of the symptoms: with its use there is also the gradual disappearance of the symptomatology with consequent significant improvement of the clinical picture. This is confirmed, for example, by the clinical practice of Dr. Weiss who advises giving the first symptoms 50 drops of Echinacea Mother Tincture every half hour for 3 times and then continuing with a dose of 50 drops 3-4 times a day for several days.

For the general treatment of Herpes simplex always the Chiereghin (2005) writes: "the general treatment involves the use of Echinacea Mother Tincture at a dose of 30 drops at least 2 times a day, on an empty stomach; of the Ribes nigrum bud extract for its anti-inflammatory and linden bud extract (Tilia tomentosa) because often the psychosomatic component is not to be underestimated ".

Preparations based on Echinacea: what you can find on Erboristeria Como

- Echinacea Mother Tincture: Mother Tincture is prepared from the whole fresh plant (title 55 °). You get both from the E. angustifolia (our case) is from the E. purpurea. It is recommended to take 30-50 drops diluted in water 1-3 times a day and to hold in the mouth a minute before swallowing (cycles of 2 months out of 3 or cycles of 15 days a month). 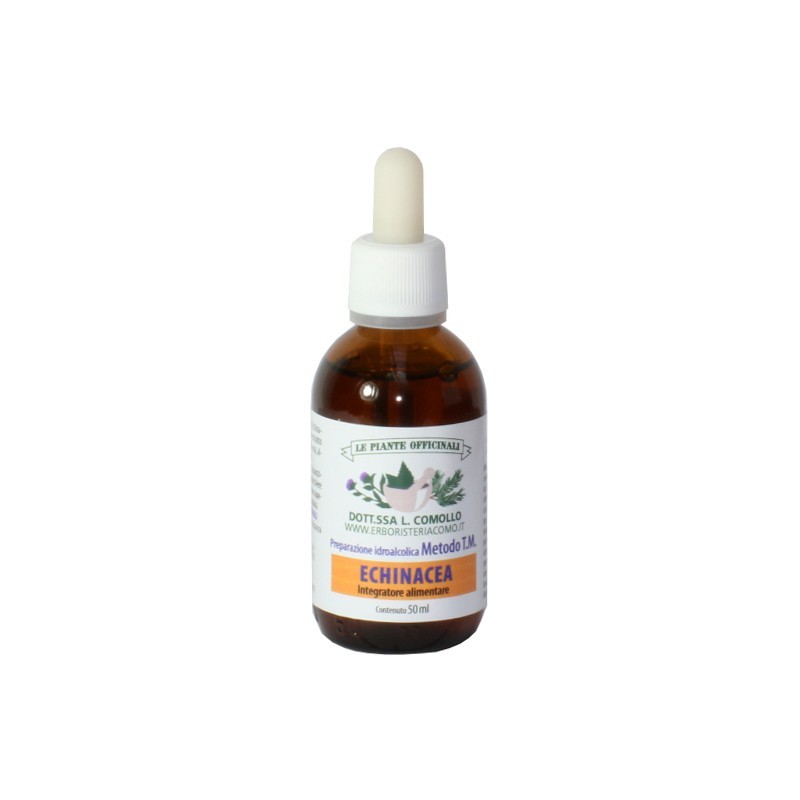 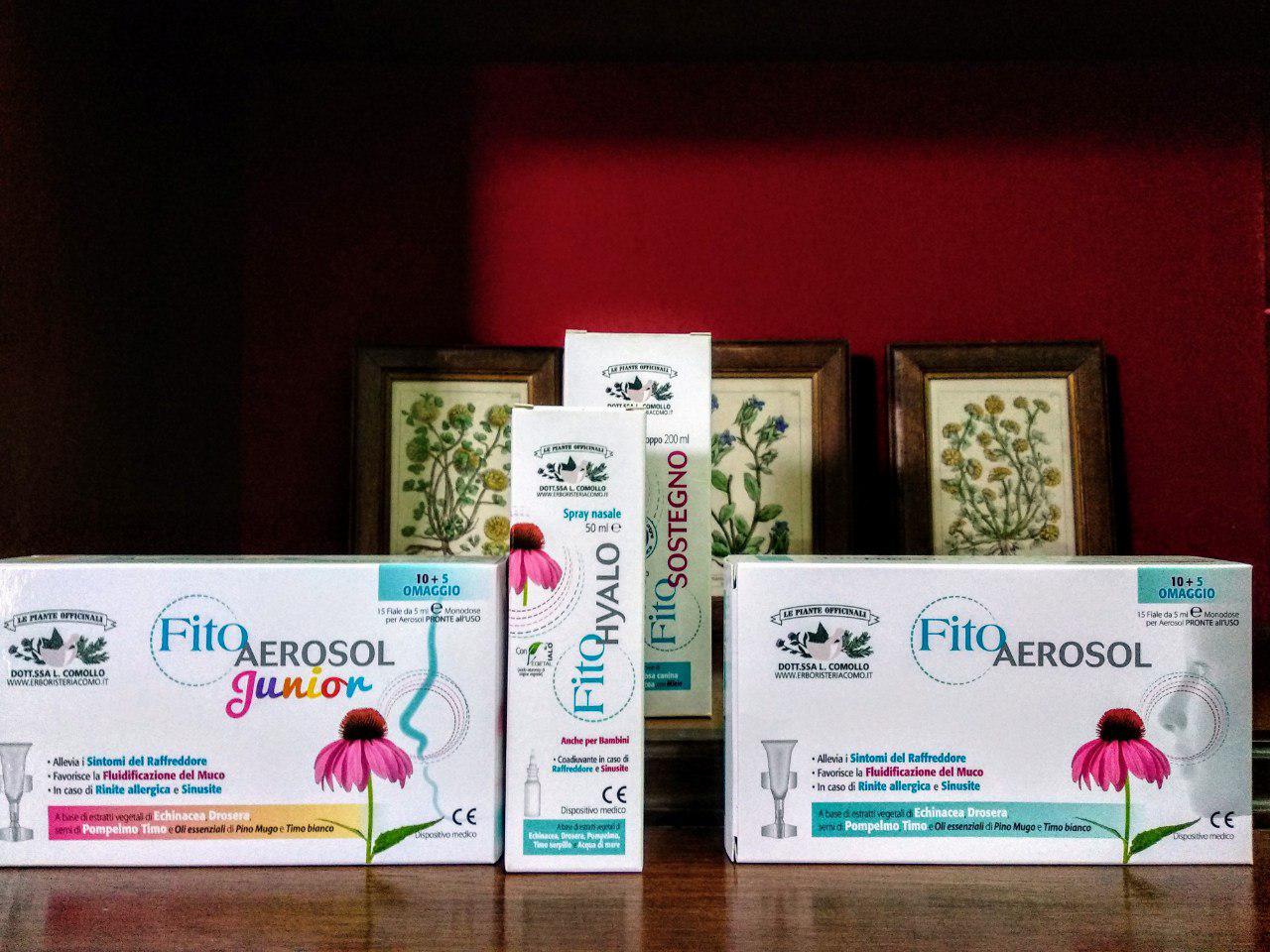 Plant preparations given in powder form in the form of capsules, according to some authors, would be less effective because they would not be able to stimulate the lymphatic tissue of the buccal floor.

Echinacea external use: the role of echinacea in cosmetics

External use is linked to the plant's healing and re-epithelising ability, together with its anti-inflammatory, antiseptic and decongestant properties. It is therefore used in the treatment of ulcers, infected wounds, burns, canker sores and dermatitis.

Scientific research on Echinacea in the cosmetic field indicates in particular an activity:

- direct anti-jaluronidasic action (ability of echinacea to inhibit the enzyme jaluronidase, indirectly responsible for the spread of bacteria and their proliferation in tissues);

- indirect anti-jaluronidasic action, which is implemented by stimulating the proliferation of fibroblasts (it seems that the cicoric acid, present in the phytocomplex, stimulates the phagocytic activity of the macrophages and is also able to inhibit the jaluronidase and to protect the collagen from the degradation operated from oxygen free radicals);

- anti-inflammatory and healing (thanks to the polysaccharide fraction of the phytocomplex).

The cosmetic use, as G. Proserpio says, in 5-10% preparations, involves the use of the plant in the treatment of dry, dry, chapped, postacneic (dermopurifying) and firming in relaxed skin, particularly during pregnancy and post-partum. It manifests an epithelising, smoothing, anti-wrinkle, anti-stretch mark and firming action. It can be associated with horsetail and ginseng for the elasticizing action of the skin, or with calendula, chamomile, hypericum for epithelizing and smoothing action. 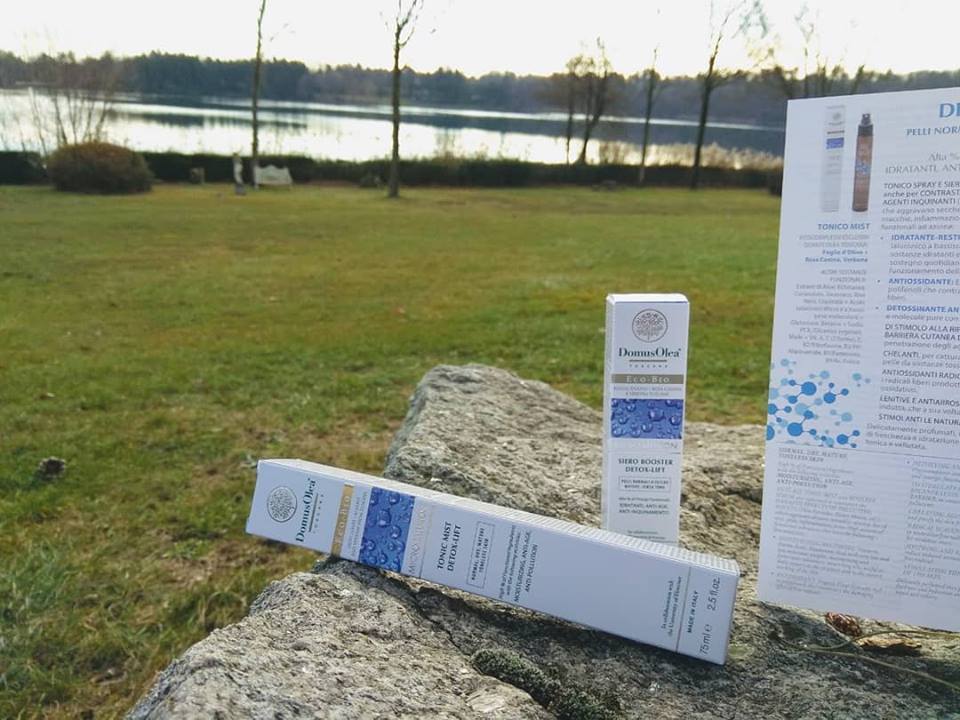 It is advisable to generally use the species of echinacea for no more than eight continuous weeks. It is good practice to implement "therapeutic windows": for example, administer three weeks a month so as not to over-stimulate the immune system. According to reports from EMEA, E. purpurea and pallida (root) should be used for no more than ten days.

The use of Echinacea species, according to EMEA and the German Commission E, is contraindicated in progressive systemic diseases such as neck diseases, multiple sclerosis, tuberculosis, HIV, and other autoimmune diseases.