The best natural remedies for cough with phlegm on the market

The common cold occurs mainly in the cold-humid seasons and on the occasion of sudden changes in temperature and is characterized by a high contagiousness; its transmission occurs by direct contact through the inhalation of infected saliva particles eliminated by patients or carriers by coughing and sneezing. The most common cold symptoms are: nasal congestion, sneezing, sore throat, cough, laryngitis, bronchial congestion, headache and sometimes fever. Onset is abrupt, usually preceded by a short incubation period (1-4 days).

The etiology of the common cold is viral in 90% of cases, while bacteria are responsible for only about 10% of cases. Here is what happens: the causative agent (virus in 90% of cases) implants itself on the nasal mucosa and causes inflammatory mucosal exudation (this is why the nasal secretion is initially clear and serous). The inflammatory hyperaemia, together with the necrotic degeneration of the cells of the nasal mucosa, facilitates any bacterial infections with an on-site recall of neutrophilic granulocytes with consequent purulent exudation (purulent mucus). Within a few days these lesions disappear, thanks to the intervention of local reparative processes, and the tissue returns intact.

Dry cough or cough with phlegm?

Cough is a symptom that reveals inflammation of the respiratory tract and the causes can be different: a respiratory tract infection, but also allergy, asthma or damage caused by smoke, smog. The disorder can also be due to heart, nervous or intestinal problems. Cough is distinguished in:

- dry cough when there is no sputum or "mucus" but burning and irritation of the throat; usually if the cough is dry it is useful to treat it with plants rich in mucilage with a demulcent action, that is, that protect the mucosa and calm irritation (such as marshmallow, which has an emollient, anti-inflammatory and expectorant action);

- productive cough (or "cough with phlegm"), ie cough with mucus. If the sputum is clear and not sticky, the cough is an irritating cough or a viral infection; if it is dense and colored, it means that there is also a bacterial infection. Usually if the cough is with phlegm, mucolytics and expectorants are usually preferred to facilitate the elimination of mucus.

If the cough is convulsive, it is best to treat it with sedatives.

For cough with phlegm, thanks to the latest studies, Italian herbal medicine has gone beyond the classic preparations, to act not only on the symptoms but also on the causes: here are the latest news!

Adathoda vasica (in English "Malabar nut"), of the acantaceae family, is an evergreen perennial shrub native to India and Sri Lanka (Pole 2006), about 2 meters tall, with large lanceolate leaves which turn bluish when dry. The taste is bitter, the smell similar to that of strong tea. The flower is shaped like a lion's mouth and can be white or purple in color. 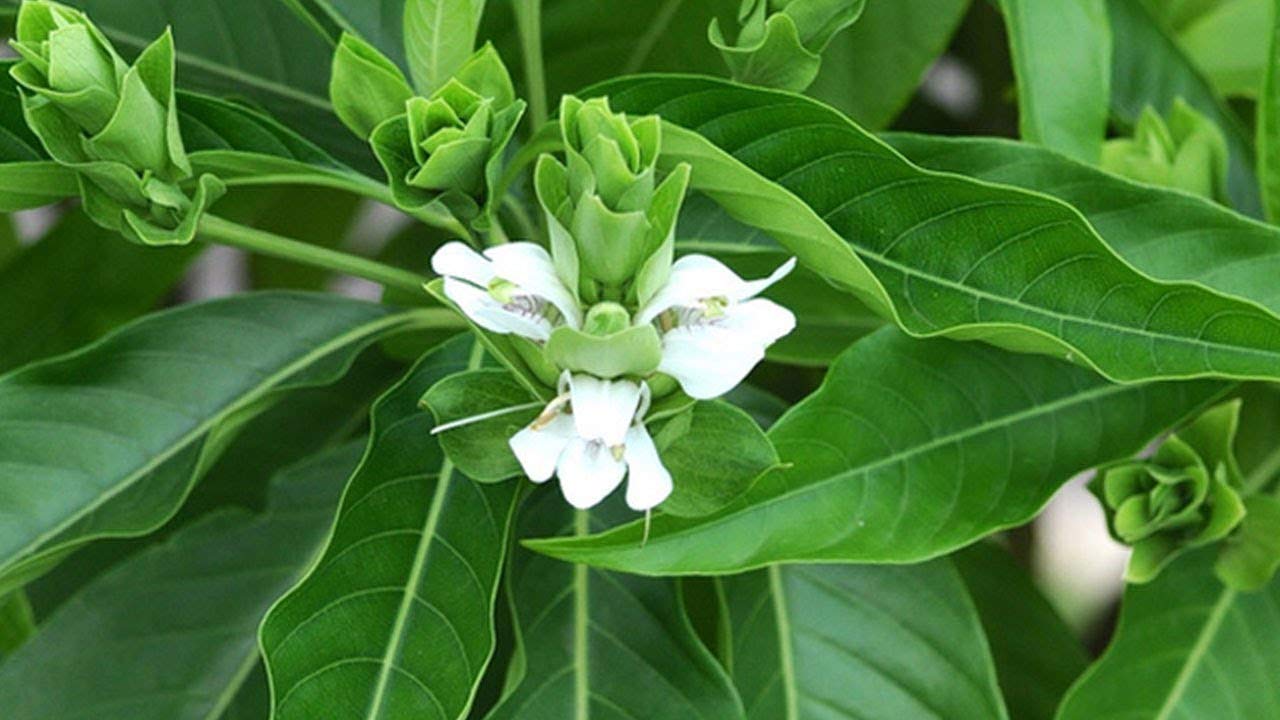 Leaves, roots, flowers, of adhatoda vasica are widely used by the medicine of the indigenous people of India and in Ayurvedic medicine for over 2000 years as a remedy for colds, cough, bronchitis and asthma, as well as against tuberculosis (Indigenous Drugs Of India, di Chopra RN, IC Chopra; Singh et al. 2011; Caldecott, 2006). Among the most relevant active ingredients there are different alkaloids, including vasicin, vasicinone, vasicinol, adathodic acid and an expectorant essential oil and with antibacterial activity proven effective against Mycobatterium tuberculosis.

Modern science has recognized Adathoda's activity: bronchodilator, anti-asthmatic, mucolytic. In particular, Adathoda is useful for the fluidity of bronchial secretions, especially when they are thick and viscous (this is why it is an excellent remedy against oily cough!), Also facilitating their elimination. Vasicine and vasicinone have long been used for the synthesis of bromhexine. Bromhexine, expectorant as well as active ingredient of the drug Bisolvon is known for its bronchodilator properties and increased ciliary activity in order to reduce mucus: it thins the mucus, dissolves it and thanks to the increase in ciliary activity eliminates it more easily.

From Africa a natural antiviral that cured tuberculosis: Pelargonium sidoides

Let us remember that the fat productive cough very often has a viral component as well as a bacterial component at its base, so a mucolytic like Adathoda is not enough to fight it. 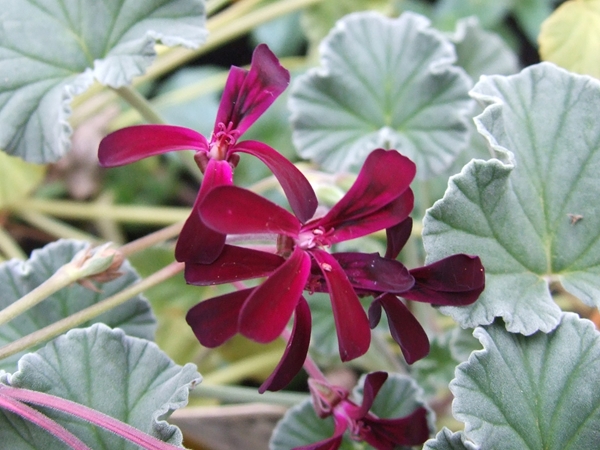 Pelargonium Sidoides is a perennial semi-shrubby plant that grows only and exclusively in South Africa and its decoction roots have long been used in Europe in the treatment of pulmonary tuberculosis until the advent of synthetic antituberculosis.

Pelargonium sidoides is a natural antibacterial (Phytomedicine, 2007), natural antiviral (Theisen and Muller, Antiviral Research 2012), has secretomotor and expectorant activity (Neugebauer et al., Phytomedicine 2005). In Germany Pelargonium Sidoides is registered in the Rote List as a drug for the treatment of chronic bronchitis and since 1957 it has been used, after the first year of life, as a registered drug indicated for the treatment of the airways.

How to really fight a cough with phlegm

There is recently on the market a supplement in sachets patented by the Italian phytopreparators with which Erboristeria Como collaborates, to be taken in hot water as if it were a simple herbal tea, which contains both the titrated extract of Adhatoda and Pelargonium sidoides to fight not only the symptoms of fat cough, but also the causes. Furthermore, the mucolytic action of Adhatoda does not have the side effects of N-acetylcysteine ​​(which has some side effects and should not be used in breastfeeding, pregnant, under 2 years of age!). This supplement is also useful for smokers with a very productive cough. If you are interested in this product you can find it here.