What are the symptoms?

Hemorrhoidal disease is a high-frequency disease that predominantly affects the western population. Hemorrhoids should be treated when they cause symptoms, which are due to vasodilatation, swelling and prolapse of hemorrhoidal venous bearings. Signs that indicate the probable presence of hemorrhoids are: bright red blood loss and pain at the time of defecation. Symptoms such as discomfort, itching, prolapse, edema, pain and loss of mucus are often present. The symptomatology is aggravated when the hemorrhoids dilate or prolapse through the anus; prolapse is often accompanied by edema and spasm of the sphincter. Prolonged hemorrhoids can become infected and thrombosed and the overlying mucosa can bleed very much depending on the trauma caused by defecation.

What are the symptoms?

The hemorrhoidal crisis can be helped by several factors, such as:

How to deal with hemorrhoids in herbalism?

It should be considered that the symptomatology of haemorrhoidal disease is supported by venation, capillary fragility and local inflammation. Therefore the use of plant extracts containing flavonoids, anthocyanidins, tannins and saponins can be useful. Generally the treatment involves the use of:

Since the treatment of hemorrhoids is to be addressed internally and externally, Erboristeria Como offers you a rectal cream FitoProct and FitoProct bump capsules. 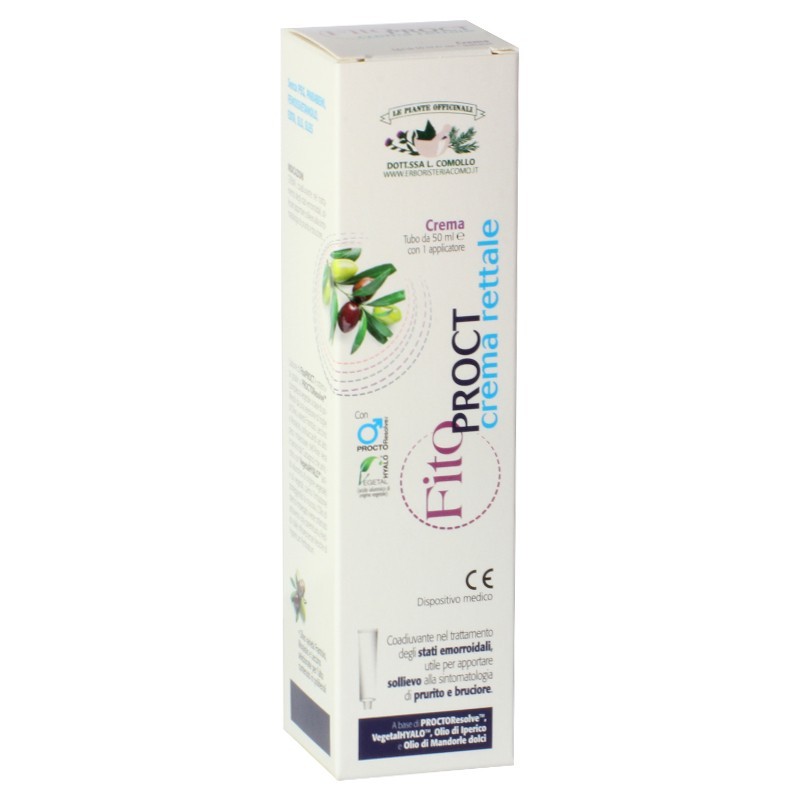 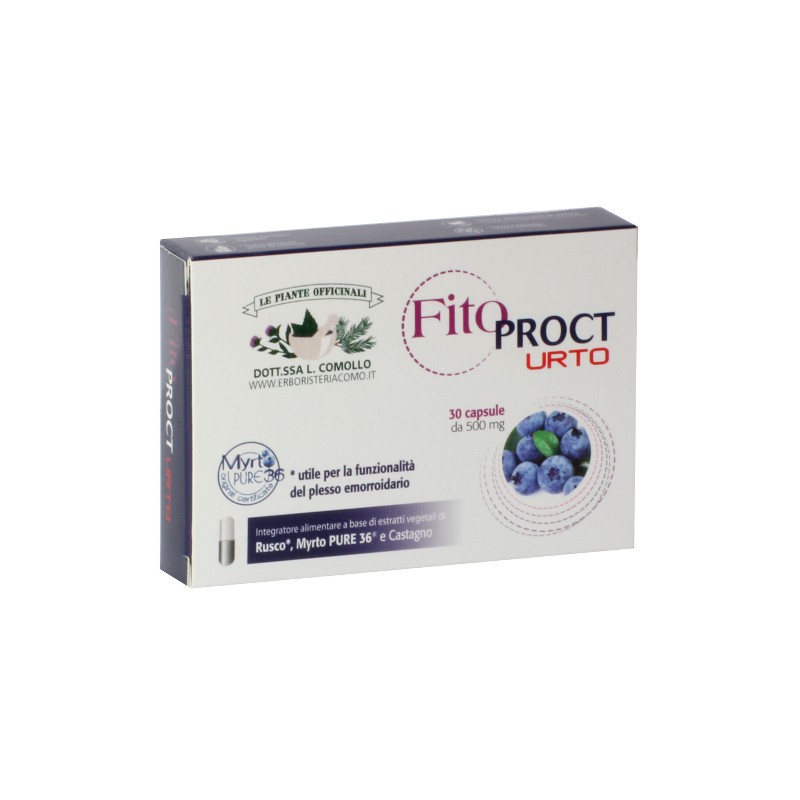 FitoProct rectal cream is an adjuvant in the treatment of hemorrhoidal conditions, useful to bring relief to the symptoms of itching and burning. Without Peg, Parabens, Phenoxyethanol, EDTA and Paraffin. It is a medical device. Here's what it contains:

- chestnut tannins (which topically reduce the development of micro-organisms, reduce pain by reducing the sensitivity of nerve fibers). Astringents (tannins) are substances that, applied to the skin or mucous membranes, exert a local anti-inflammatory action. They cause vasoconstriction and therefore dry up the inflamed tissue. The mucous membranes become dry also due to the precipitation of proteins with a decrease in sweating and secretion; in practice the tannins coagulate the superficial layer and the exudate, if present, forming a more effective protective layer; they slow down cell turnover, reduce capillary permeability and restrict arteries by reducing hyperaemia, edema and bleeding. The tannins also reduce the sensitivity of sensitive nerve fibers, easing the pain and also exert a disinfectant action.

- vegetable oils (St. John's wort, almond), which soothe irritation by protecting the mucosa. The used Hypericum Oil is obtained by cold pressing from the fresh inflorescences of Hypericum Perforatum. As for hypericum oil, its use - also states Dr. Campanini in "complementary therapies in geriatrics" - is supported not only by the now known astringent, anti-inflammatory and cicatrizing activities, but in particular by the peculiar anesthetic properties . In addition there is a clinical study that talks about it: "Estimation of dermatological application of creams with St John's Wort oil extract".

Fitoproct URTO is a food supplement based on plant extracts of Rusco *, Myrto PURE 36® (extract obtained from fresh blackberry berries titrated in anthocyanosides, deriving exclusively from the botanical species Vaccinium myrtillus, as certified by a prestigious Laboratory in Berlin and 1 ° product on the market with the highest content of anthocyanosides per daily dose) and Chestnut, useful in case of decreased intake or increased need for these nutrients. The Rusco is useful for the functionality of the hemorrhoidal plexus. Here's the reason for these ingredients:

- extracts of blueberry fruit (vaccinium myrtillus) - reports the Capasso - decrease vascular permeability and improve the venous tone and blood flow. It is to the anthocyanins that the action on the microcirculation is due with increase of the resistance of the capillaries for vitamin-like P-like action. These substances are attributed to anti-platelet and anti-aggregation actions of the internal walls of capillaries and vessels. These compounds cause rhythmic variations in the diameter of the microcirculation vessels (which translates into a regularization of the blood flow and in the formation of the interstitial fluid) and improve functional disorders of the blood vessels, especially the capillaries, stimulating their repair capacity and stabilizing the collagen fibers (also increasing synthesis). The protective vessel activity of anthocyanosides appears to be superior to that of flavonoids.

-The rusco (rusco rhizome) inhibits the increase in permeability of the venous bed experimentally induced by inflammatory agents. Ruscogenine and neoruscogenin, two steroidal saponins, are the main components responsible for the pharmacological activity of the butcher's broom. Both the drug and the ruscogenine cause constriction of the venules without appreciably influencing the arterioles. It is believed that the vascular effects of saponins are due at least in part to the blockage of adrenergic receptors and calcium channels on venous smooth muscle cells. Unlike horse chestnut, holly also has anti-elastase activity, while it has a mild effect on hyaluronidase. Butcher's broom also possesses astringent and anti-inflammatory properties which may be beneficial in the case of chronic venous insufficiency. Butcher's broom is recommended by the German Commission for the treatment of problems associated with chronic venous insufficiency, such as pain, heaviness, leg cramps, swelling and itching. It is also recommended for disorders typical of hemorrhoidal disease, such as itching and burning.

As always, nature offers us remedies of irreplaceable value to improve the quality of our life.

Visit our herbal department or contact us for any clarification or for more information.