Living well today to be better tomorrow is a dream chased for centuries, a promise announced by the most varied preparations, from formulas that are as secret as they are expensive. But rosemary is often present in every formulation!

What are the functions of Rosemary Bud extract ? 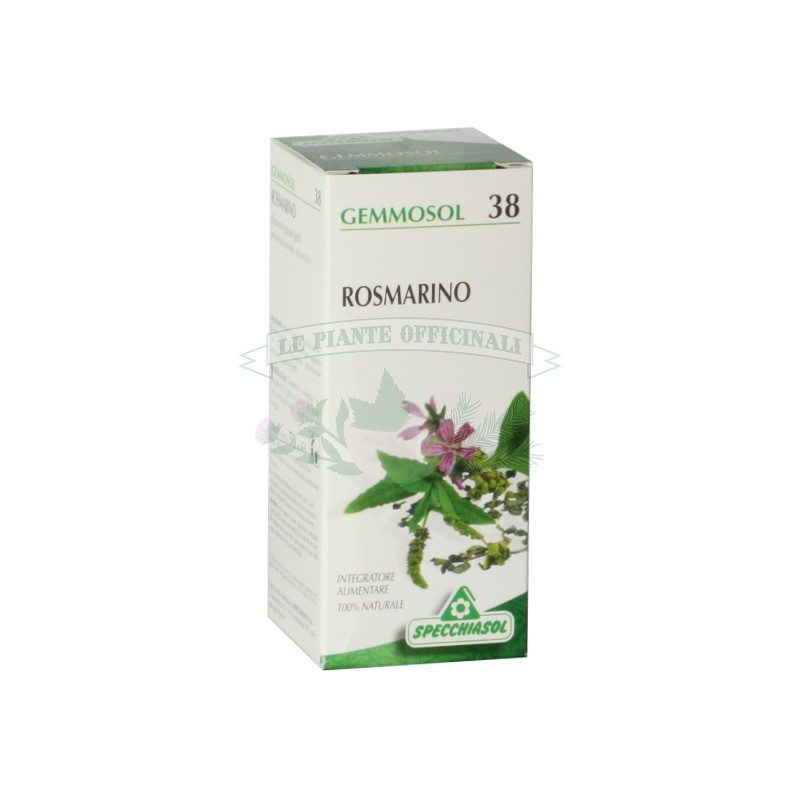 Today the results of scientific research by Dr. Pol Henry and others on the use of young jets of rosemary in glyceric macerate, allow us to affirm that the gemmoderivato of rosemary for its biological action is the opposite of natural senescence: it is an anti senescent. Rosemary controls physiological senescence. In fact, the use of this gemmoderivato for its stimulating action on the gonads of the adrenal cortex fights in both man and woman those dysendocrine syndromes that can lead to an early senescence during andropause and menopause. It is therefore indicated the use in the andropause and in the menopause where, in addition to helping to slow down the arteriosclerotic processes, to improve the memory processes (stimulates brain activity), they can indirectly contribute to improve sexual activity thanks to the tonic-stimulating properties.

Furthermore, young jets have shown, in vitro, a higher anti-radical activity than the adult plant (Taddei I., Giachetti D. et al., 1995). There is much written about the role of free radicals. It is ascertained that these "silent killers" are made up of fragments of chemical species that are formed during the normal biological reactions of our organism. They are represented by superoxides, hydroxyl radicals and the free radical of hydrogen. The aggressiveness of free radicals depends on the fact that, despite being free of electric charge, they are endowed with an "unpaired" electron that tends to energetically pull another electron from the surrounding molecules to complete its orbital, damaging the surrounding molecules. The damage deriving from the action of free radicals manifests itself in the most evident way in the lipid membranes with the formation of "lipoperoxides" on the skin, but generally on all the cells and in particular on those of the liver. The result is that of a true "fatty degeneration" due to the disappearance of the polyunsaturated fatty acids which, on the other hand, are indispensable for protecting the cell from aging or degeneration processes.

Speaking of the skin is good to point out that it must also be properly nourished and kept healthy: if the excretories do not work well, toxins will circulate in the body and will also be poured on the skin, then liver, kidney, intestine will be kept under control. The correct and correct evaluation must be given in the presence of conditions of dyslipidemia, hyperuricemia, rheumatic condition, smoking and its excesses, environmental conditions of life.

Rosemary BudExtract manifests an elective tropism for the gallbladder and biliary tract, expounds experimentally demonstrated cholagogue-choleretic, and hepatotropic action. It therefore finds an indication in the treatment of dyskinesia in the biliary tract, where according to Tétau it would act in both hypertonic and hypertonic forms, and in biliary lithiasis, a pathology in which it helps to prevent the formation of stones.

Research has shown that the young jets of Rosemary have higher choleretic and diuretic properties than those shown by adult leaves. Further investigations have shown that only the gemmoderivate, compared to the aqueous extract or to other preparations obtained from the adult leaves, shows a clear diuretic activity. For the adrenal activity and for the action in the biliary tract, which results in a detoxification of the organism, can be included in the treatment of chronic allergic forms Black currant (Ribes nigrum). In the case of hyperuricemia, it is flanked by Betulla (uricosuric action). Finally, it should be noted that "experimentally normalizes the protein profile, reduces hyperbetalipoproteinemia" (Brigo B., op.cit. 2004).

In addition to the cholagogue-choleretic properties, rosemary gemmoderivate can also indirectly improve intestinal function, for example by taking 40-50 drops of this gemmoderivate 1 time a day, diluting in water and slowly sipping for cycles of at least 2 months. It is also reported on the young shoots of Rosemary a repair activity at the level of intestinal mucosa that, promoting a better absorption of calcium, can effectively counteract senile osteoporosis. Sequoia gigantea and Vaccinium vitis idaea (Blueberry) will be excellent complementary gemmoderivati.

How and when should Rosemary gemmoderivate be taken?

It is good practice not to take rosemary gemmotivate in the evening, as it stimulates brain activity. Caution is advised in case of hypertension. Recommended dosage in literature: 50 drops, diluted in water and sip slowly, 1-2 times a day.

Visit our aromatherapy departmento or contact us for clarifications or more information.