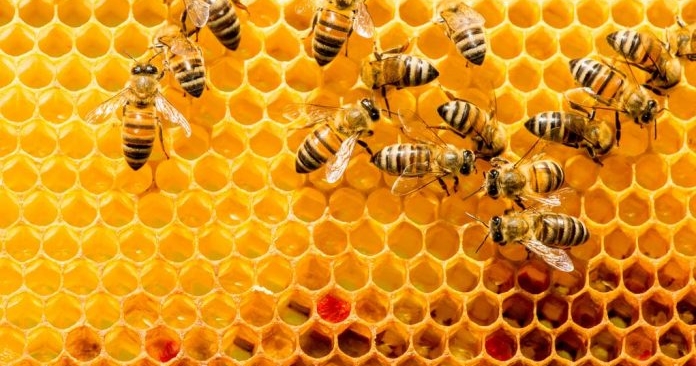 Royal jelly: the natural tonic for all ages

Royal jelly is a real inimitable natural restorative for adults and children who, unlike honey known since ancient times, began to discover in Europe only in the seventeenth century. It has a gelatinous consistency and a white color, a pungent smell and a slightly acid taste.

What is royal jelly?

Royal jelly is the product of a secretion of the hypopharyngeal and mandibular glands of the nourishment bees, young bee workers who in the succession determined by the age of the functions of the hive, have between 4 and 15 days of life.

Royal jelly comes from the transformation of pollen, which is the main protein food of bees, and therefore mainly intended to grow and maintain body structures.

Unlike the pollen, which is a biological structure almost completely of plant origin (except for some substances added by the bees to wrap and preserve it), the royal jelly is totally of animal processing. It is used immediately after secretion, it is not stored like pollen and honey.

Why is royal jelly produced?

Royal jelly or royal jelly is the exclusive nourishment of all the larvae of bees from hatching to the third-fifth day of life (that is until these are transformed into insects), as well as those larvae destined to develop in queens up to their fifth day of larval life (the moment when the cell is operculated and the development occurs as in a cocoon); and finally of the queen bee for the duration of his life. It is this nourishment that makes the queen, born of an egg identical to that of a working bee, become less twice as big and heavy in fewer days. That its larva can increase its weight by about two thousand times in five days. And also that a queen can have a life span of up to five years, while a worker lives around 45 days; and finally, that it is able to lay up to 2000 eggs a day for some years, while the workers are sterile.

How is royal jelly produced?

Royal jelly is produced using and directing the natural biological mechanisms of the hive to its own ends. The amount of royal jelly that bees usually produce, to feed the queen and the larvae up to three days of age, is actually very small. It is in the spring, the period of the "swarming" (the way in which the bee families reproduce themselves), which the bees produce in large quantities instead. The old queen bee is preparing to swarm from the beehive with a part of the bees, when it has reached a level now overflowing with its development, while the bees, which in this "overflow" are no longer able to warn through the pheromones his presence, they raise a whole series of new queens. To this end they build a large number of round cells for the royal larvae, filling them with this rich nourishment.

What does royal jelly contain?

The main constituents of fresh royal jelly are:

- proteins (14-15%), of which most are amino acids, eight of which are considered essential for the human organism (isoleucine, leucine, lysine, methionine, phenylanine, threonine, tryptophan and valine);

- sugars (12-13%), including glucose, fructose and sucrose; to a lesser extent, from maltose, and ribose;

- vitamins: particularly abundant are those of group B (thiamin, riboflavin, pantothenic acid, pyridoxine, inositol, folic acid), PP (nicotinic acid) H (biotin), vitamin A and E and traces of vitamins C and B12;

-acetylcholine, a neurotransmitter and vasodilator, as well as an antibacterial and antibiotic factor;

- other substances, such as pollen, hormones, substances with antibacterial and antibiotic activity.

In other words, royal jelly, has a complex composition that contains a considerable number of essential elements to human life in a synergy that would be impossible to carry out in the laboratory.

Why is royal jelly recommended?

Royal jelly is used as a natural supplement, and is considered a food-drug to compensate for nutritional deficiencies that follow debilitating diseases. Yves Donadieu in "Royal Jelly" (1981) stated that royal jelly not only increases resistance to cold and aggression in general, but also increases vitality (Donadieu). Royal jelly is also an antiviral with not negligible antibiotic properties and seems to act on Proteus and E. coli.

It also recognizes the royal jelly antioxidant and anti-inflammatory activity linked to the content of proteins, phenols and flavonoids (antioxidant molecules), carotene, ascorbic acid and 10-HDA; this antioxidant capacity is certainly useful for the prevention of some diseases (diabetes and cardiovascular diseases).

In general, royal jelly is used for its many properties. It contributes, in fact:

- prevention of general aging and in particular of the skin;

- optimizes the resistance of the organism;

- facilitates the recovery of appetite by promoting the digestive process;

- raises the threshold of pain perception;

When is it advisable to take royal jelly?

Royal jelly is recommended in the following conditions:

- in periods of stress and work effort, including mental effort;

- during convalescence or during periods of hospitalization;

- to support the body during seasonal changes;

- as stimulating appetite in case of inappetence, weight loss;

- as stimulant of metabolism in case of digestive difficulties;

- support for the growth phase;

- tonic for children, adults and the elderly;

- in cases of depression (in these cases acetylcholine and B vitamins can play a special role).

Which royal jelly do we recommend? 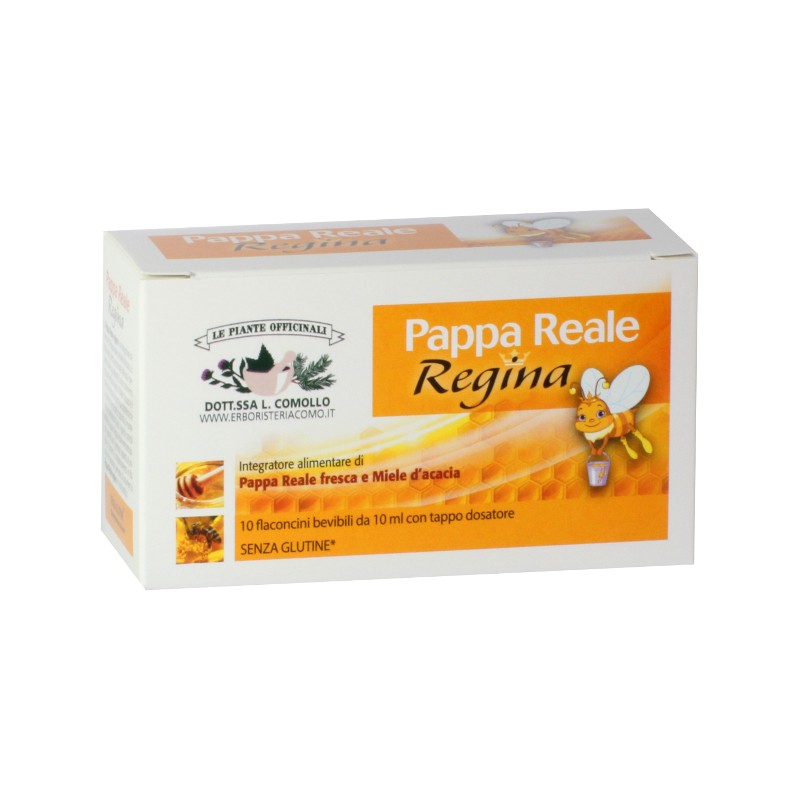 Pappa reale regina ("Royal jelly Queen") is a food supplement packed in 10 vials per box, drinkable, 10 ml, with measuring cap and the ingredients contained in it, as for all our other supplements, are all 100% Italian origin.

The rigorous analytical controls to which Royal Queen Pappa is subjected, guarantee the precious ratio of proteins and sugars. We recommend taking one vial in the morning, every day.

Acacia honey is the most sought after honey both for its organoleptic characteristics and for its ability to maintain its fluid consistency.