Stress (literally means "tension"), is a physiological reaction influenced by the environment in which man lives and is produced by stressful agents: noises, intense and / or unsatisfactory work,
intense and / or unwelcome study, exaggerated competitive sport, not acceptance of the physiological aging of the organism ... It is not a real disease condition, but it is a reaction
normal body, with the aim of maintaining balance despite environmental variations ("adaptation").

The use of adaptogens to counteract the disorders caused by stress

A substance is called adaptogen if it increases the resistance of the organism regardless of the nature of the harmful stimulus, it prevents or antagonizes the disturbances caused by agents that cause stress, and it is safe.

Adaptogens are a class of metabolic regulators (of natural origin) that can increase the body's ability to adapt to the stimuli of the surrounding environment and to avoid the damage that may result. An adaptogen is useful when the body's resistance is diminished or when the body is fatigued by excessive stress.

The most common adaptogenic plant drugs, reported both by the German E Commission and by Escop are: ginseng and eleutherococcus. ESCOP and the German E Commission report both for ginseng and eleutherococcus, which are useful as tonics to counteract the reduced mental and physical abilities such as weakness, exhaustion, fatigue and loss of concentration, as well as reconstituting during convalescence.

From a non-herbalist but mycological point of view, Ganoderma Lucidum, or Reishi, is curious, also classified as an adaptogen (from our blog).

Ginseng is given by the root of Panax ginseng (family of Araliacee), a 40-60 cm tall herbaceous plant, with erect stem, palmate leaves composed (4-5 leaflets) of green color, white flowers with greenish-yellow hues, grouped in umbrella-shaped inflorescences that produce clusters of bright-red berries; panax ginseng is the most commonly used and it has a very limited geographical distribution in the Far East (Korea, China, Siberia). Other commonly used ginseng species are Panax japonicus and panax quinquefolius (or "American ginseng").

The characteristic components of ginseng are a group of triterpenoid saponins called ginsenosides. Depending on the processing of Panax ginseng, there are two types of ginseng on the market: white ginseng, if the fresh roots are washed, scraped and bleached with sulfur dioxide and then dried, and the red ginseng (1) if the fresh roots are treated with steam to 95 ° for about 2-3 hours before drying them so as to eliminate all the toxins present in the root and "emerge" and fix in the root up to 34 different ginsenosides, ie all its active ingredients. This is why red Panax ginseng is more powerful than its white counterpart and is considered suitable for solving many health problems among which male impotence.

The effectiveness of red ginseng has been scientifically studied only in recent times, experimentally verifying its stimulus action in particular on the endocrine system, with positive effects on many diseases such as depression (2), chronic fatigue (3), diabetes mellitus (4), symptoms of female menopause (5), impotence male (6) (it is proven that Ginseng is able to intervene in the resolution of some sexual problems such as anorgasmia and lack of desire: ginseng reduces stress that is one of the main factors that negatively affect sexual life and, for this reason it is believed that Ginseng also functions as an aphrodisiac (7) because it stimulates sexual desire and functions.

At least 6 basic actions are attributed to ginseng (8):
- action on the central nervous system with toning effect on the cortex and improvement
intellectual performance without causing states of heightened excitement. This action
is attributed to the tonic-regulating action of ginseng on the metabolism of nerve cells
(Petkov);
- action on the vegetative nervous system: harmonization between parasympathetic and orthosympathetic;
- action on the heart and on the blood circulation partially induced at the neurovegetative level
and by toning action on the antihypertensive heart and reducing the blood cholesterol;
- action on cellular metabolism and, in particular, on glucose metabolism;
- action on general physical performance and, in particular, in the elderly;
- rheno-gonadal action: frequent urination, urinary incontinence, enuresis; ejaculation
early, decreased sexual desire, nocturnal pollutions.

Eleutherococcus, also called Siberian ginseng, is given by dried roots and rhizomes of Eleutherococcus senticosus, fam. Araliacee. It is a thorny shrub that grows wild in the eastern regions of Russia, but also in northeastern China, Korea and Japan. The plant is 2-3 m tall, has small flowers, gathered in simple, yellowish or violet umbrellas; the fruit is a blackish drupe containing five seeds. The main chemical constituents of the eleuterococcus are a heterogeneous group of compounds called eleuterosides.

It is considered the most important species because capable of inducing a "state of increased resistance non-specific "and it is certainly the plant to be preferred for the absence of interactions with other plants or drugs and for the considerable safety of use.
According to oriental medicine, eleutherococcus is considered a useful plant for women, while ginseng is more suitable for men.

Properties and indications: Eleutherococcus is adaptogen (9) and antiradicalic (10), increases metabolic efficiency (the active principles of eleuterococcus mobilize lipids from adipose tissue: increasing insulin secretion, therefore, facilitate the use of glucose on the part of the tissues, helping us to reduce blood sugar levels (11)), it is immunomodulating (12), tonic (13), antiviral (14), improves mood (thanks to its cortisol secretion capacity, calming the anxiety and eradicating depression).

Eleutherococcus is used as a tonic: to invigorate and strengthen the body in moments of fatigue and weakness, in cases of decreased ability to work, when concentration (or attention) levels are lowered, and during convalescence.

The drug exerts an "adaptogen" effect, as it increases the body's resistance, both physical and mental, fighting stimuli tending to disturb its biological balance with functional or morphological changes (Goulet and Dionne, 2005).

Eleutherococcus also exerts an immunomodulatory action, increasing the number of NK cells and the number of T lymphocytes and B cells and destroying various cell types, such as tumors or transplanted tissues, through the release of lymphokines (Aicher et al., 2001; Drozd et al., 2002; Kupin and Polevaia, 1986; Rogala et al., 2003; Tang and Eisenbrand, 1992).

Where can you find these plants in our herbal medicine?

You can find ginseng in: 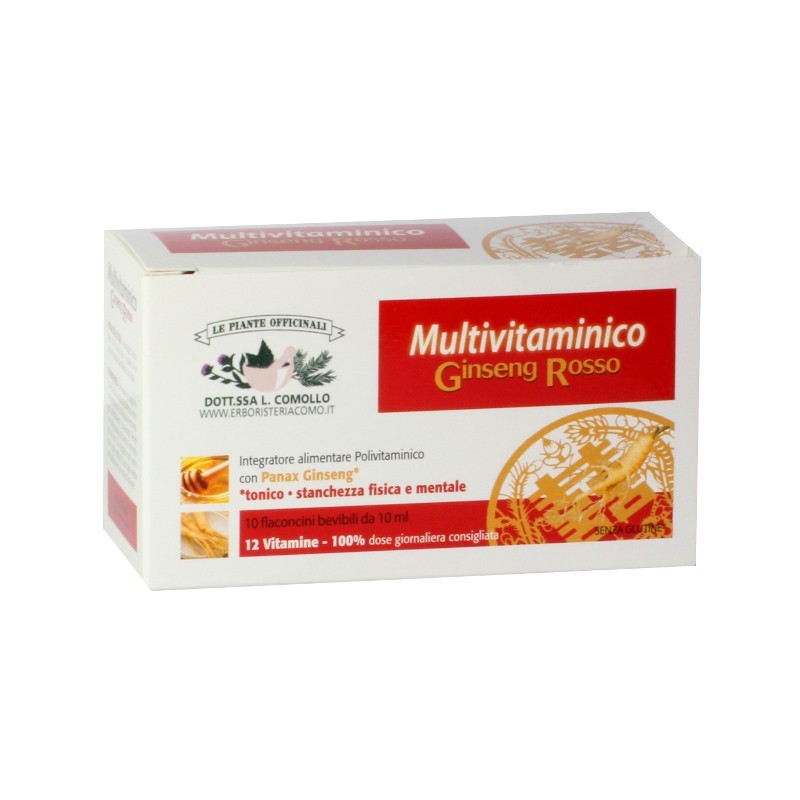 You can find Eleutherococcus in:

If your tiredness is more psychic than physical, instead choose PsicheLiberamente.

(14) Effect of eleutherococcus on the morbidity of viral respiratory infections among children in organized collectives. Barkan AN, Gaiduchenya LI, Makarenko YA, Pediatriia (Moscow) 1980; 4:65;6.

Antiviral activity of an extract derived from roots of Eleutherococcus senticosus . Glatthaar-Saalmuller B, Sacher F, Esperester A. Antiviral Res 2001; 50:223-8.

Use of rosemary oil